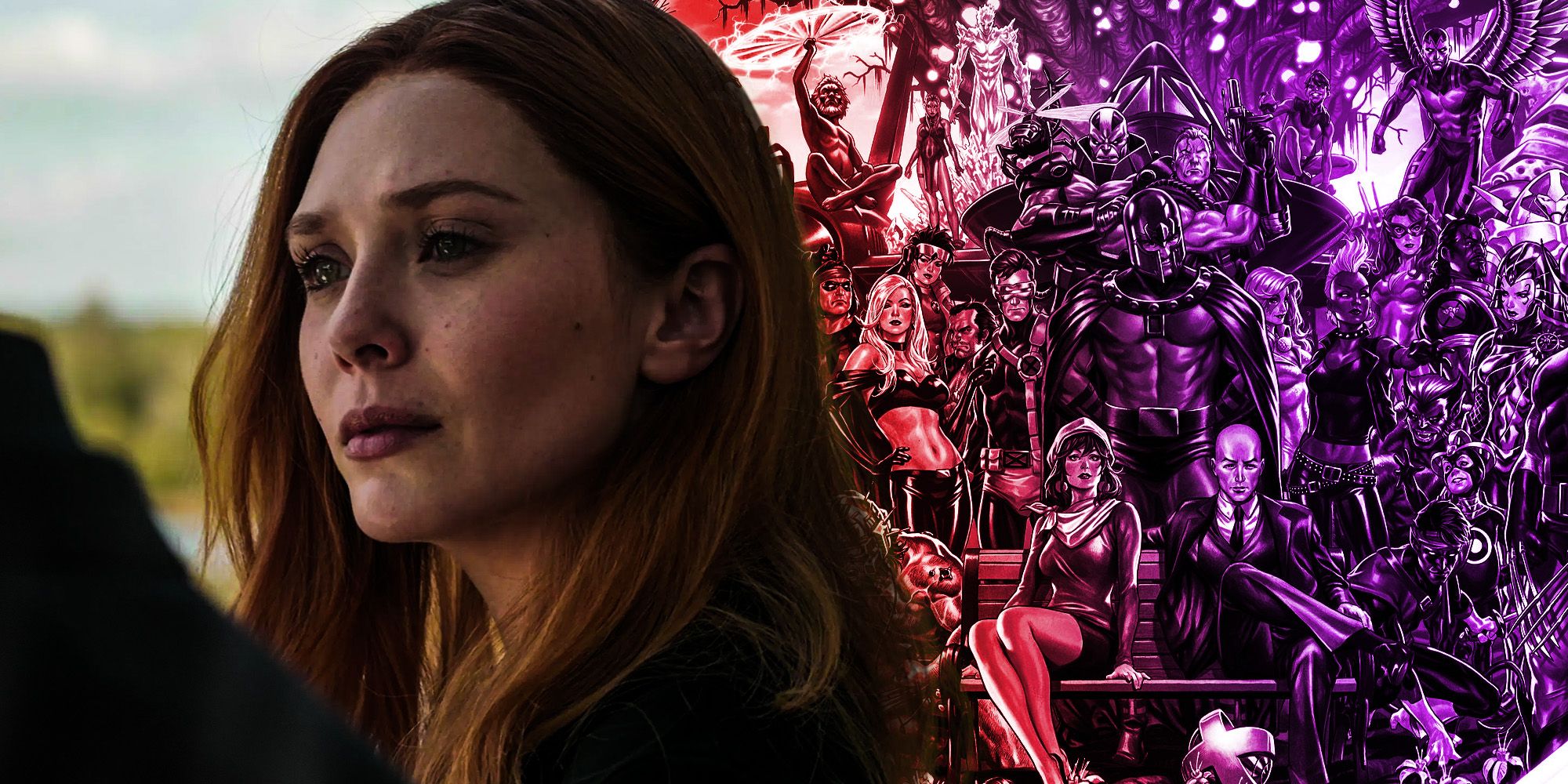 Disney has a challenging task ahead as they incorporate the X-Men into the MCU, but Marvel’s mutants don’t necessarily need to keep their comic book backstory to stay relevant. After Disney’s acquisition of Fox, fans have speculated extensively on how the beloved characters of X-Men can enter an MCU that’s already well established. Many of those theories tie into X-Men’s extensive comic history, but Disney doesn’t necessarily need to embrace all those old details for the mutants to stay relevant.

In the wake of the Infinity Saga’s conclusion, Marvel has hesitated to confirm a new big-picture story arc for Phase 4 and beyond. Thanos’s defeat and Tony Stark’s death marked the culmination of many of the franchise’s core plotlines, and so far no major MCU Phase 4 villain or overarching narrative has been revealed. Some fans believe the introduction of the X-Men and mutants at large would be the perfect next step for the MCU, as it would bring a bevy of potential stories, new characters, and thematic depth.

There are a number of ways the X-Men could enter the MCU, many of which involve the multiverse that’s become increasingly pivotal in the franchise through films like Avengers: Endgame, Spider-Man: Far From Home, and the upcoming Doctor Strange in the Multiverse of Madness. That would be the easiest way for Marvel Studios to introduce mutants, but it isn’t the only way. The extensive comic book history of X-Men is a huge part of the series, but it isn’t necessarily something Disney needs to keep for the characters to stay relevant.

The X-Men were first introduced in 1963, and quickly became a dominant force in the world of superhero comics. While not explicitly intended as a social allegory at first, the series came to reflect themes of bigotry, marginalization, and oppression similar to those being discussed widely in America during the Civil Rights Movements of the ‘60s and ‘70s. Charles Xavier and Magneto drew comparisons to Martin Luther King Jr. and Malcolm X, and the core storyline of human discrimination against mutants has always remained a key tenet of the series.

Over the decades, X-Men been a mirror for many other social issues, such as antisemitism, apartheid, religious diversity, and LGBTQ+ rights. The X-Men story’s inherent focus on marginalization and oppression between large groups has made it one of the preeminent comics in terms of thematic complexity and cultural relevance, and the massive cast of diverse characters has opened the door for positive steps in representation beyond many of X-Men’s contemporaries.

Many of these themes made their way into Fox’s X-Men films as well, perpetuating the public perception of the franchise as a thematically driven superhero story tied to real-world social circumstances. The sheer scale and history of the X-Men make the task of bringing them to an already-established MCU tricky. There’s so much backstory that goes into the mutant/human conflict, which is why many believe a multiverse explanation is the only way to properly introduce them. However, X-Men can still hold onto its thematic relevance without its extensive history, and it wouldn’t be the first time Marvel Studios has changed the origins of comic book favorites.

Related: Marvel Can Pick The Best Bits Of The X-Men Movies To Improve MCU Canon

The MCU has become so dominant in the superhero space that it sometimes feels like the Disney versions of Marvel characters are how they’ve always been. In many cases, however, this isn’t the case. Numerous characters in the MCU have been changed dramatically from their comic book counterparts, occasionally to their detriment, but often to great effect. Guardians of the Galaxy is a great example, as it introduced numerous new characters and a whole new part of the universe to the MCU, all while making significant changes to the source material. Starlord, Drax, Mantis, and even Thanos are all quite different on screen, but the series has still been a big hit.

Guardians isn’t the only part of the MCU to make major alterations to its characters and history. Hawkeye, Ant-Man, Doctor Strange, Falcon, Vision, and more were all tweaked to varying extents by Marvel Studios, and in most cases, those changes have panned out just fine. And of course, perhaps the MCU’s biggest changes have come via the X-Men characters it’s already introduced.

In Avengers: Age of Ultron, Marvel Studios brought two X-Men mutants to the MCU in Scarlet Witch and Quicksilver – the Sokovian siblings Wanda and Pietro Maximoff. Rather than incorporate any of the mutant history from the comics, Disney opted for a much more focused origin story whereby the Maximoffs gained superpowers via voluntary exposure to the Mind Stone. This change explained the twins’ abilities without necessitating the retroactive incorporation of a broader mutant story.

WandaVision has expanded on Ultron’s X-Men introduction by diving deeper into Scarlet Witch’s abilities and their broader ramifications. As she becomes more central to the future of the franchise, she and Quicksilver could end up being more of a model for future X-Men introductions than fans have previously thought.

The most popular theory of how X-Men will enter the MCU is still a multiverse story. By either making Fox’s X-Men films canon in an alternate universe, creating a new universe with mutants, or both, Disney can keep all the history of the X-Men series without having to retcon any of the current MCU. However, that strategy would still bring a number of challenges. Would the two universes merge? Would they remain separate except for crossovers? How would Scarlet Witch fit in with more traditional mutants? There’s also a possibility that a select few X-Men characters could be brought to the MCU without incorporating mutants at large, though that would undo a lot of what makes the series so compelling in the first place.

Increasingly, Marvel has dropped hints that the MCU’s X-Men could be introduced in a different way. WandaVision has reiterated that the Infinity Stones have the ability to cause genetic mutation and gift superpowers, and it’s also shown the increasing sentiment among some normal humans that superpowered individuals are a danger to society. Both of those threads, if continued, could eventually bring X-Men into the MCU. Some sort of global event, tied to Scarlet Witch, the Infinity Stones, or both, could spark mutations across the world, and the groundwork being laid for bias against those with special abilities could evolve into a broader bigotry issue tied to those affected.

However mutants are introduced to the MCU, there are plenty of ways to keep their story socially relevant, even without the extensive history from the comics. Plotlines featuring global phenomena, discrimination, social movements and marginalization are just as topical now as they were when X-Men first began, and the MCU doesn’t need decades of in-universe anti-mutant sentiment to make those stories work. X-Men has always operated on the idea that people fear and distrust that which they don’t understand, and there are plenty of ways for the MCU to explore that idea no matter how mutants are introduced.

Next: Age of Ultron Is Everything Wrong With Joss Whedon Storytelling