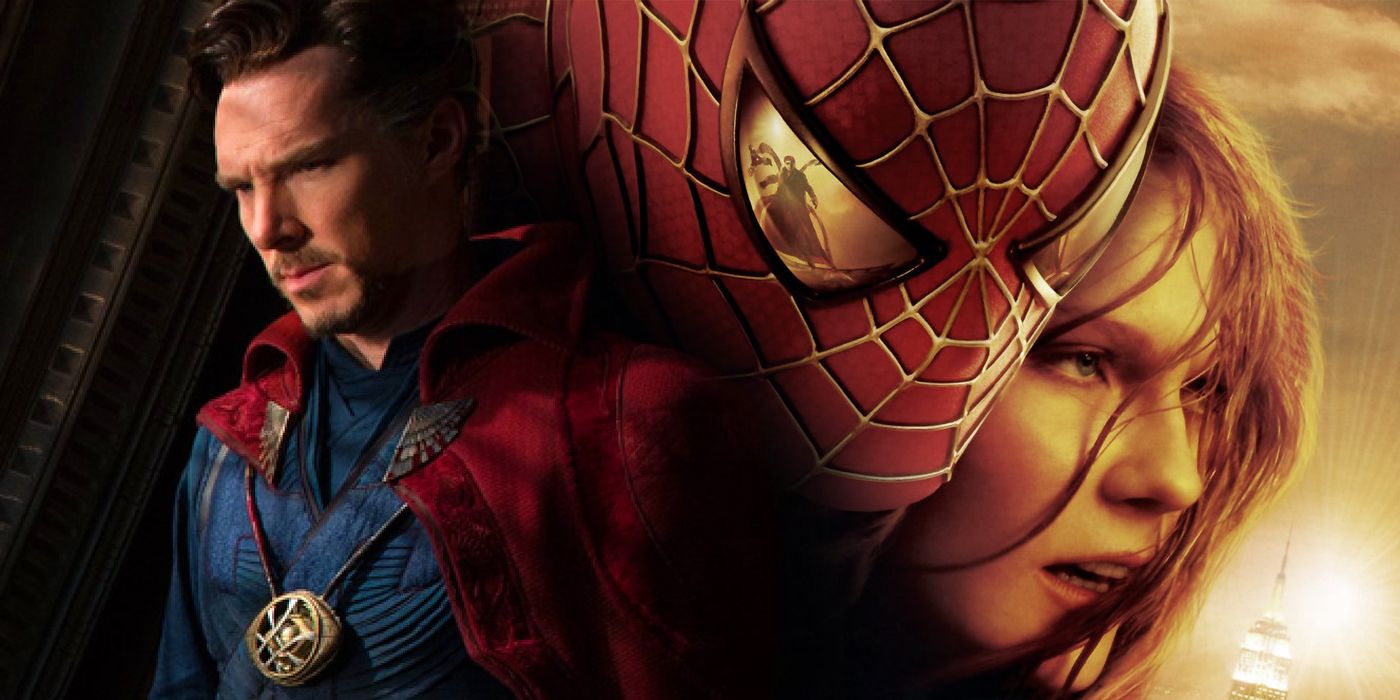 Sam Raimi’s beloved Spider-Man trilogy is proof that composer Danny Elfman can fix the MCU‘s musical personality problem when he scores Doctor Strange in the Multiverse of Madness. The veteran film composer, best known for his work on genre film, scored all three movies of Raimi’s trilogy starting with 2002’s Spider-Man. Along the way, he composed a theme song, the main title theme, that came to define the wallcrawler for a generation of moviegoers just getting their heads around the idea of what a superhero movie could be.

Conversely, the music of Marvel’s movies has been mostly forgettable, minus a few standouts. This isn’t specifically Marvel’s fault; it’s merely part of an industry-wide shift that has seen blockbuster movie scores all blending together into one homogenous mass. Part of the issue is the widespread use of “temp tracks,” which are exactly what they sound like, i.e. temporary soundtracks used by directors in early edits to establish certain beats and editing steps, later to be replaced by the final composed score. The problem is, the finished score often ends up sounding like the temp track, and as composers reuse the same music, it all starts to sound the same, with no notable flourishes or movements to set any of it apart.

It’s not entirely fair to say Marvel’s film scores aren’t well-done, however. Listen to a Marvel music soundtrack on its own and it becomes clear that the music is often dynamic, interesting, and lovely, with notable theme songs and suites that get stuck in the head. The audience simply doesn’t notice it, a problem that traces back to another aspect of modern movies in that scores often tend to get buried in the mix in favor of the bombastic sound effects of today’s tentpoles. Still, Marvel is the king of the hill and so it draws the most criticism. Yet this is precisely where Danny Elfman could help Marvel shore up its sound by bringing his unique and utterly distinct musical style to the MCU.

Sam Raimi, who is helming Doctor Strange 2, personally chose Elfman to compose the sequel, reuniting on their first superhero movie since the magical Spider-Man trilogy well over a decade ago. There is a professional comfort and a rapport between them that sometimes happens when two creative people vibrate on the same wavelength. Raimi’s filmmaking itself has a quirky style, blending tongue-in-cheek humor with colorful flair and, often, touches of horror, a style that blends extremely well with Elfman’s gothic dark carnival sound. It’s a sound that has yet to be exactly imitated by other film composers. Nor can it be made more generic; any relatively savvy movie watcher could pick Danny Elfman’s music out of an auditory line-up every time.

If Raimi tapped Elfman to compose the score for Doctor Strange 2, it’s because he knows exactly what he’s getting in Elfman and it’s the composer’s trippy funhouse mirror vibe to infuse the sounds of the movie’s score. Much respect is to be given to previous Marvel composers because there have been many, and all of them extremely talented, but none of them have a sound that belongs to them as distinctly and utterly as Danny Elfman’s sound belongs to him. If Marvel Studios follows in what are sure to be Raimi’s footsteps and steps back to allow Elfman to do what he does, he just may weave his old Spider-Man magic for the MCU and deliver as memorable a score as the studio has had yet.