How Transformers: Lost Light Can Save The Movie Franchise 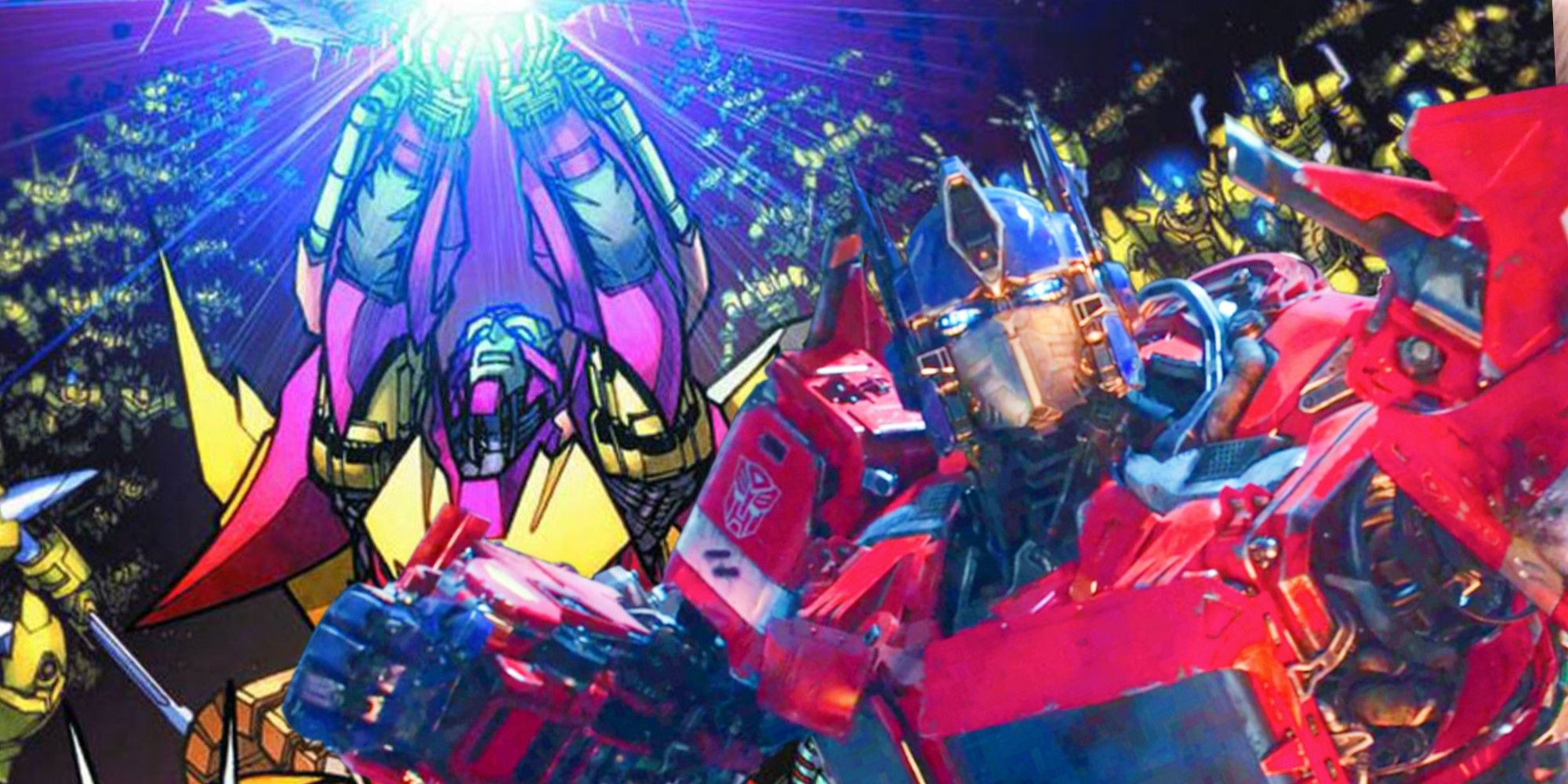 The key to saving the Transformers movie franchise may reside in a piece of existing fiction – the comic book Transformers: Lost Light. The Transformers hit the live action silver screen in 2007, launching a massively successful (though critically reviled) franchise that endured for a decade. After Transformers: The Last Knight fizzled at the box office, a soft reboot was attempted with 2018’s Bumblebee, to glowing reviews but somewhat modest box office returns.

The Transformers are in need of a more radical reinvention. There have been whispers that the next film may explore the world of Beast Wars, the 1996 iteration of the franchise generally held up as one of the best versions of the robots in disguise, but that it will be a continuation of the continuity that began with Bumblebee.

Related: Every Autobot Who Dies in Transformers: The Movie

That would be a step in the right direction, but not as revolutionary an idea as the one at the heart of Transformers: Lost Light – that the Autobots and Decepticons are more than just warriors, they’re flawed people who have been traumatized by their endless war, and when faced with the end of that war, find that they desire more out of their lives.

Director Michael Bay got the Transformers film franchise off the ground in 2007. It featured dazzling visual effects, plenty of winks and nods to longtime Transformers fans, and a star making performance by Shia LaBeouf as Sam Witwicky. The film divided critics but was an unqualified success at the box office.

However, each of Bay’s sequels was louder and dumber than the film that preceded it. The critics, no longer divided, were uniformly repulsed by Bay’s extravaganzas of toilet jokes and robot brawls, though audiences would stick with the franchise until the fifth installment, The Last Knight.

Bumblebee, directed by Travis Knight, was a warmer, more thoughtful story than anything Bay’s films had to offer, and was a legitimate hit with critics, though audiences preferred flocking to Aquaman and Mary Poppins Returns over the adventures of the Autobot scout. While it’s been indicated that Paramount considers Bumblebee a success, the fact that the next movie likely won’t be a direct continuation of its story speaks for itself. The Transformers franchise is in need of a genuine course correction and a leap into modern storytelling, which is exactly what Transformers: Lost Light would give it the opportunity to do.

Transformers: Lost Light is a comic published by IDW Comics. Written by James Roberts, the book chronicles the events of the titular Lost Light starship, a group of Autobots (and the odd Decepticon here and there) led by Rodimus who find themselves ready for new adventures after the Great War ends with the Autobots victorious. Rather than stay on Cybertron and help with the slow, agonizing work of rebuilding their society, the crew of the Lost Light leaves their home world behind in an effort to find the mythical Knights of Cybertron, who they believed would bring about a new golden age on the Transformers’ planet. But really, the quest for the knights is just an excuse to bounce around the universe, seeing and experiencing new things and getting as far away from the remnants of the war as possible.

Rodimus’ rag tag crew doesn’t feature many big name Transformers characters, choosing to explore D-listers like Swerve, Tailgate, and Whirl. The fact that these characters have almost no in-fiction history means Roberts can develop them in surprising, satisfying ways without having to bow to the franchise’s endless, convoluted continuity.

It’s a story of grief and loss, but equally one about love and redemption in the face of unspeakable evil. It explores emotional territory that the Bay films would never dare, and it does so not with wall to wall action, but with great character development and, crucially, a razor sharp sense of humor. It is, by a comfortable margin, the best Transformers story ever told.

Transformers: Lost Light would be a tricky adaptation for the film franchise, but one worth the effort. For one thing, it would likely involve no humans, or even any sort of trip to Earth. It would also lend itself more to Pixar-style animation than the live action CGI slugfests that the franchise has become known for. But more than anything, it would be a tonal reset for the robots in disguise.

The Transformers movies have become a sort of shorthand for the rabid male id, all explosions and fart jokes and camera shots that leer at the chronically underwritten women characters. Lost Light is, in many ways, the exact inverse of that worldview. It’s a sensitive, romantic, heart on its sleeve adventure, sharing more in common with Buffy The Vampire Slayer and Doctor Who than Revenge Of The Fallen. Its version of the Transformers aren’t just rampaging CGI monsters, they’re fully realized characters with internal lives and hopes and dreams beyond just blasting Decepticons in the face.

Related: Every Transformers Easter Egg In War For Cybertron’s Earthrise

Transformers can be so much more than what Bay’s movies have to offer. Beyond the cheap thrills of endless battles, there’s a heart at the center of the story that James Roberts spent considerable time unearthing during his run. Transformers: Lost Light proved there are nearly endless permutations of stories that can be told with the Autobots and Decepticons, humanizing tales that are both funny and heartbreaking.

It would be a tall task to get all of that character development and emotion into a single movie, but Michael Bay got to say nothing over five films, so it seems rather appropriate that the next chapter would be loaded from a storytelling standpoint. The Transformers need a new identity; Bumblebee was a step in the right direction, but a more radical reinvention is what’s needed to get the robots in disguise back to the top of the box office heap, and adapting Transformers: Lost Light might even bring some critical accolades along for the ride this time.