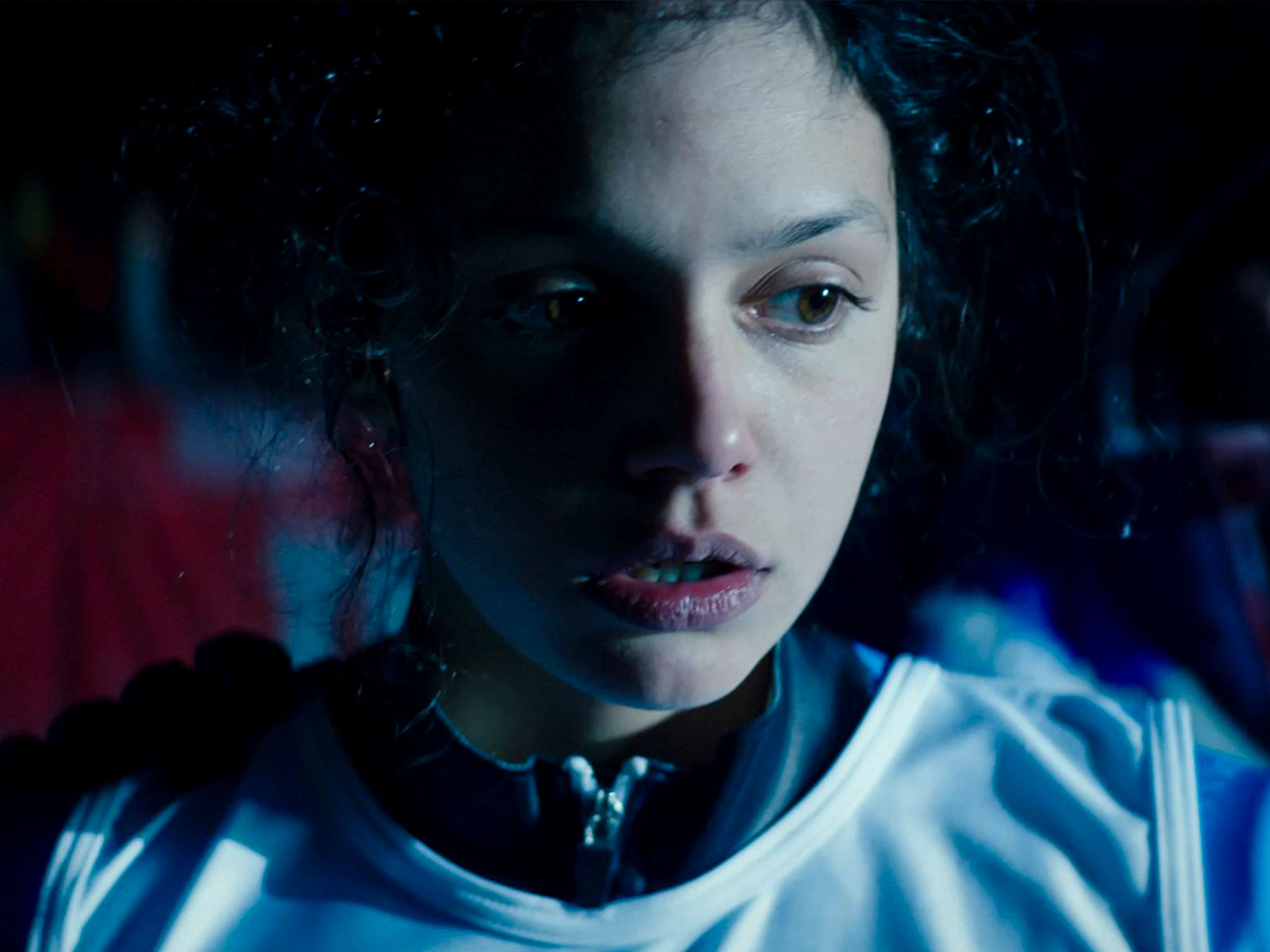 Once inside a professional environment, many believe they are afforded certain passes when it comes to how they treat their peers. Money, success, reputation are all on the line, so voices can be raised, humiliations can be administered, and power can be asserted.

Jérémie Renier plays Fred, a ski instructor and one-time slalom whiz who puts his pupils through the ringer: his toughness is a reflection of his hunger to win; his matter-of-fact treatment of personal intimacies a sign that he expects those he’s teaching to join him in his fervent quest for victory.

The manner in which director Charlène Favier captures Fred’s first private meeting with promising 15-year-old Lyz Lopez (Noée Abita) foreshadows a future of torment and confusion, even if the cold bureaucracy of the situation is initially pushed to the fore. Lyz enters the room and Fred asks her to strip so he can weigh her. He seems irritated by her hesitancy. He touches her without permission, grabbing at her stomach and telling her she needs to lose weight to be a champion. Lyz doesn’t mind as this, she sees, is the price of success.

Even though Lyz doesn’t display the drive or hunger of a champion, she ends up being one, surprising both Fred and her fellow team members with displays that prove she’s happy to take risks on the slopes. Not long after that, Fred is treating his new talisman a little differently. He’s quick to claim victory for himself as the master trainer, but also decides he wants to become closer with his inexperienced charge.

In its conventionally-timed narrative beats, Slalom is nothing if not horribly predictable, as Lyz must contend with Fred’s contrived Jekyll and Hyde act, as he rejects her and insults her in one breath, and ravishes her with another. Even though Fred is painted as a narcissist and a creep (fairly textbook stuff for Renier), Favier doesn’t frame Lyz as a passive victim, and the film takes time to hear out her justifications for prolonging what is, from the perspective of an objective observer, a deeply traumatising situation. Is manipulation and abuse really what it takes to be a winner?

Though the film prizes a certain level of ambiguity rather than going full genre and turning Fred into a big, bad wolf, there’s tension in individual moments, more related to the fact that Lyz must make split-second life decisions as Fred applies the pressure. A sequence where the pair are alone in the gym, symbolically bathed in red lights, is excruciating in the way that it captures a key moment and then remains in the room to document its depressing aftermath.

Formally, there’s nothing to write home about here, but it’s a very successful and nuanced study of how abuse can become an ambient feeling in the head of an abuser when it’s happening within a certain social context.

Deals sensitively and credibly with a more obscure (but no less relevant) example of workplace abuse.
4


Memorable mostly for a finely-shaded and committed performance from relative newcomer Noée Abita.
3