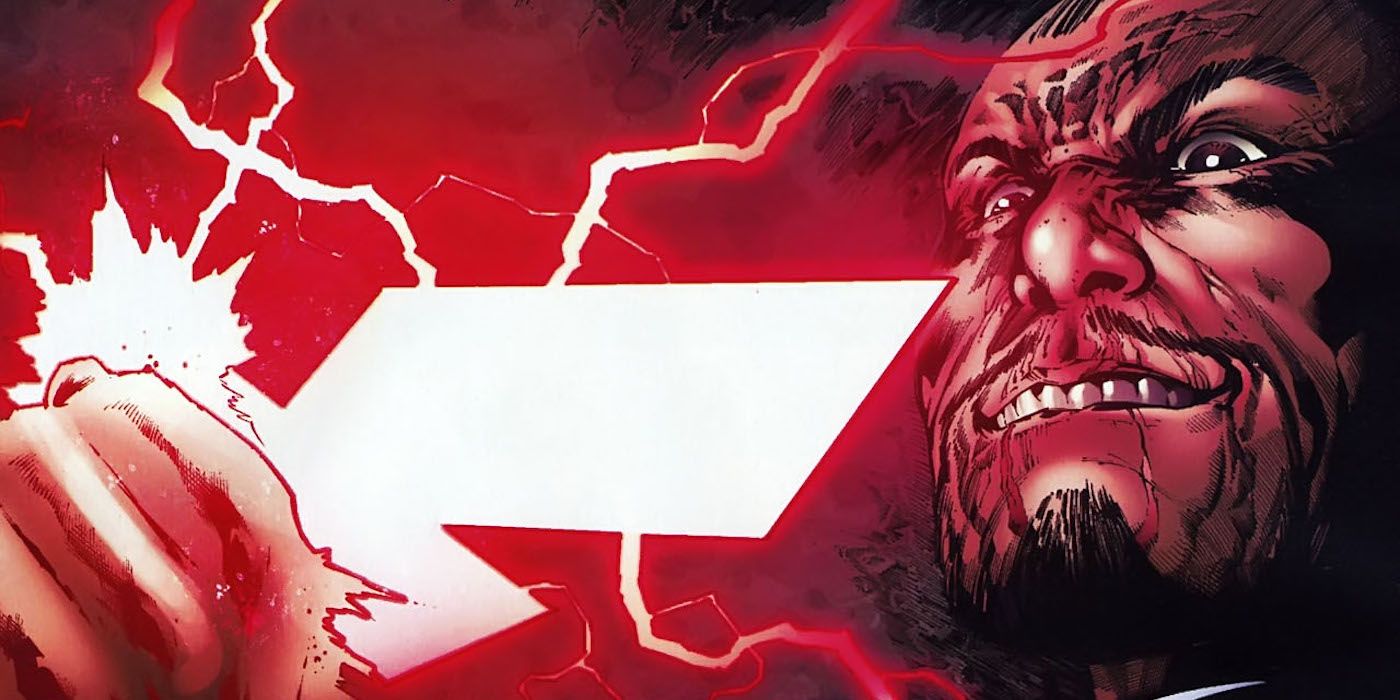 Spoilers for Challenge of the Super Sons #6 ahead!

DC villains Felix Faust and Vandal Savage have unleashed a 600 year-old curse on the Justice League, and only the Super Sons can stop them. Throughout Challenge of the Super Sons, the duo, consisting of Robin (Damian Wayne) and Superboy (Jon Kent), have been trying to save members of the Justice League from the Doom Scroll and in issue #6, readers learn its true secrets. The issue is part of the DC Digital First line, and is written by Peter J. Tomasi, with art by Max Raynor and colors by Luis Guerrero. It is available from all digital comics outlets now.

Since the first issue, the Super Sons have been on the trail of an artifact called a Doom Scroll. When a name appears on the Scroll, that person will die, and if any attempt is made to warn them of their impending death, they die instantly. The Scroll has so far targeted prominent League members such as Flash, Wonder Woman and Hawkgirl. While investigating the Scroll, Superboy and Robin were thrown back through time to the 1520s and met Felix Faust and Vandal Savage, two of DC’s oldest villains who are now working together, and it is there they learned the true secret of the Doom Scroll.

Related: The Justice League Has Its Own B-Team for When They Can’t be Bothered

While back in the 1520s, Faust cast a spell on the two that revealed they came from the 21st century. While searching their minds, Faust and Savage learn that the two of them will be defeated time and again by the boys’ fathers and the rest of the Justice League. As a preemptive measure (or “pre-revenge” as Robin calls it) they cast spells that would only affect the League 600 years later. The Scroll, as Robin explains it, gives them “cheat codes” that informs them of the spell’s next victim. As mentioned earlier, the Scroll will kill its victims instantly if they are warned—Robin calls this a “failsafe.”

Both Felix Faust and Vandal Savage are immortal, so a scheme such as this one makes sense. Both can play the long game and waiting 600 years to strike your foe certainly counts as this. The idea of “pre-revenge” is a fascinating one, an idea straight out of the Minority Report. Savage and Faust take it up a notch, however, by stretching it out over centuries.

Faust and Savage are two of the most ruthless villains in the DC Universe, with legacies of evil that encompass hundreds if not thousands of years. With that in mind, waiting 600 years to enact a scheme does not seem that long at all. The Justice League had better hope that it doesn’t take Robin and Superboy 600 years to put a stop to the villains’ scheme.

Next: The New Justice League Unites with Villains in DC’s Infinite Frontier