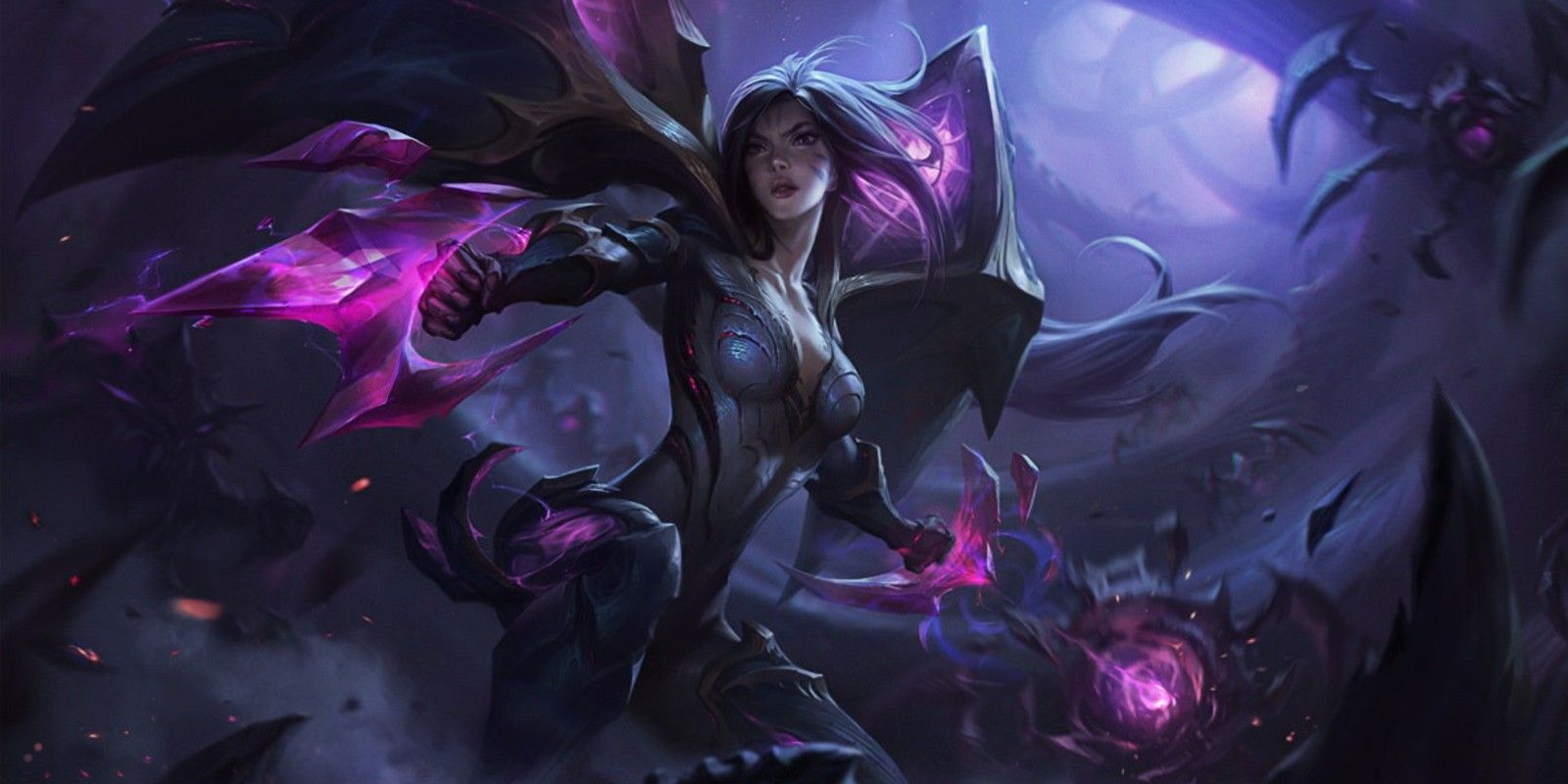 The new mobile-optimized League of Legends: Wild Rift brings back over 40 of the most beloved League of Legends champions for players to collect and take into battle. Like in the original, in League of Legends: Wild Rift, players will compete against other teams or AI in the world of Runeterra and fight through a group of enemies to destroy the other team’s Nexus, located within their base. At the start of each match, a player’s champion will be set to their lowest stats, and players can build up their power and abilities over the course of the match by eliminating enemies and picking up useful items on their way to the enemy base.

Kai’Sa, Daughter of the Void makes her return in Wild Rift. She is a Marksman and an Assassin and one of the moderate difficulty champions players may select. Kai’Sa can deal heavy damage by diving the enemy’s backline. She’s also capable of firing at long range and can become invisible to become even deadlier. She’s typically most effective in Dragon Lane. If players have selected Kai’Sa as their champion, they will want to build her to maximize her Attack Damage as much as possible. Here are some beginning tips, tricks, and strategies for being successful when playing Kai’Sa in League of Legends: Wild Rift.

Kai’Sa is one of the better damage dealer champions players can select, and fans consistently rank her as A-Tier. Like the other champions, her ability set is made of five skills that can be used in deadly combinations. These include:

There are a few abilities that can be used in combination to make Kai’Sa even deadlier. First, players can Start with Supercharge, then cast Icathian Rain while charging. They should then use their auto-attack, followed by Void Seeker, and auto-attack again. They could also start with Void Seeker, then use Killer Instinct against marked champions, default to her auto attack, then cast Supercharge, cast Icathian Rain while charging, and finish with an auto-attack. This is considered a long-range all-in combo that can be especially effective against the enemy’s backliners.

More than combos, however, players who main Kai’Sa will want to keep an eye on the marks that spawn around a target during her auto attacks. On the fifth attack, these marks can explode, dealing damage based on the currently missing health of the enemy champion. Generally, the lower an enemy’s HP, the more damage Kai’Sa deals.

For spells, players should invest in Heal and Flash. Heal will replenish not only Kai’Sa’s HP, but also her support’s HP. It also increases movement speed. Flash will grant her more mobility that isn’t tied to an offensive strike.

Generally, players will likely want to build Kai’Sa for maximum AD, but there are times when they may prefer a more AP style. While AP is just as effective, it’s important to have when there are no other AP damage-dealers on a team. To build Kai’Sa as an AD fighter, players should consider the following items:

For more AP damage, players should pick up:

No matter which build players select, they will also want to add a few Runes. These can include:

Kai’Sa can be somewhat weak in the early game until she reaches some of the major upgrades. Using Killer Instinct can also be risky and deadly if applied incorrectly. To help supplement her abilities and keep her alive, players can team her up with Sona. Later in the match, Sona’s fighting style will serve as a distraction while Kai’Sa sneaks to the backline.

Next: League Of Legends Had Most Active Gaming Community On Reddit In 2020

League of Legends: Wild Rift is available for iOS and Android devices. It will release in North America in March 2021.

2021-01-18
Previous Post: Discover the military thriller that put Park Chan-wook on the mapf
Next Post: Tilda Swinton will star in Joanna Hogg’s other upcoming film