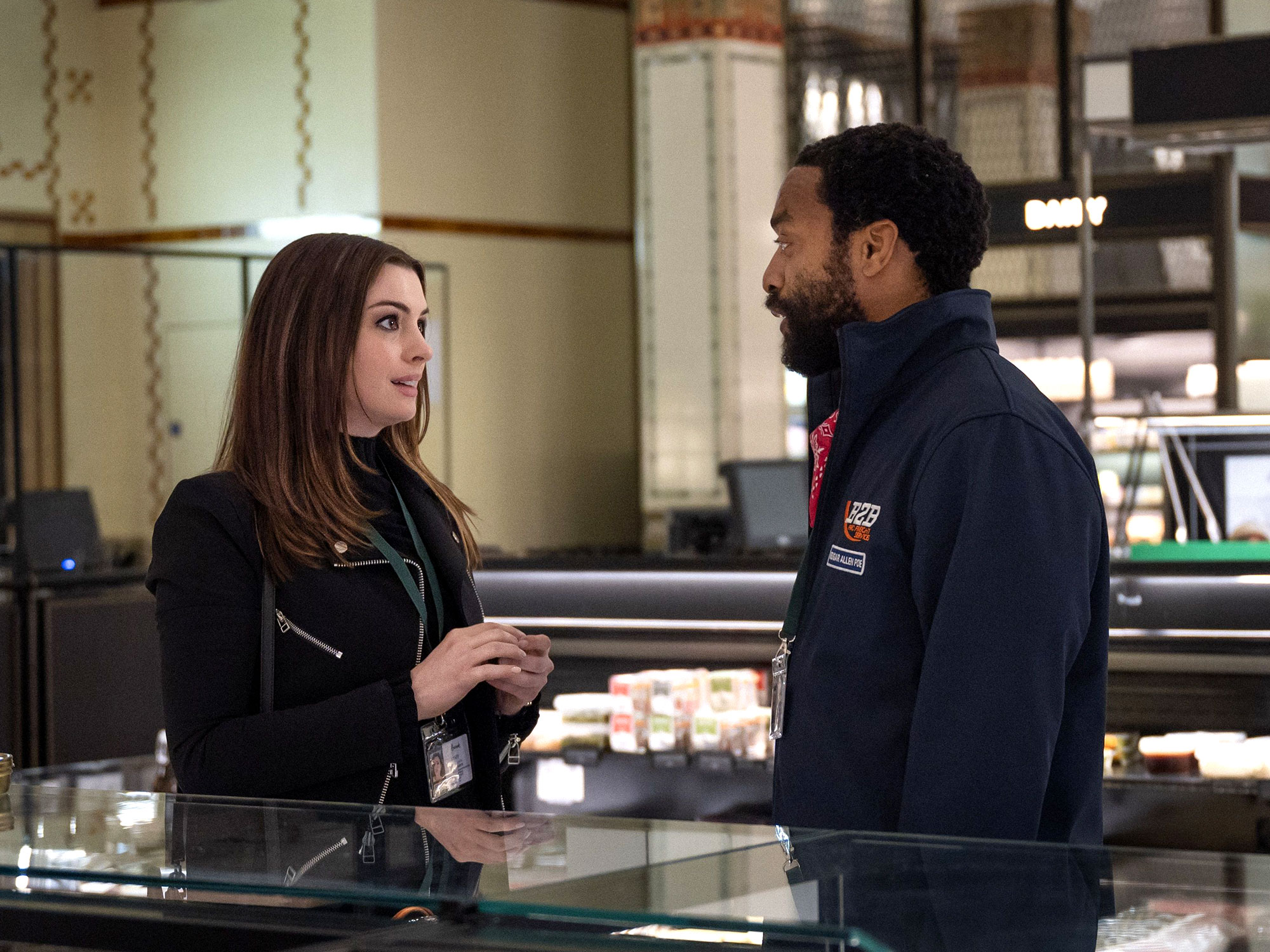 Hollywood, tread carefully. One of the first narrative feature films to be shot during the COVID-19 pandemic and include the deadly virus in its plot, Locked Down, penned by Steven Knight and directed by Doug Liman, is an unfortunate dud and a stark warning to the film industry to should strongly consider what stories it wants to tell regarding the novel coronavirus.

Anne Hathaway and Chiwetel Ejiofor play an unhappily married couple who can barely talk to each other but are forced to because of the circumstances we all find ourselves in. There are funny little wrinkles that make their way into the story, like Ejiofor’s Paxton forgetting a face mask before going out (been there), telling people in the streets to “bugger off!” when they get too close, and the mass appreciation pouring in from the neighbourhood to celebrate key workers. But the film loses its edge as soon as it starts to pry for sympathy.

Hathaway’s Linda badly wants to escape the pressures of her corporate job. It’s a role the actor excels in thanks to her trademark fast-talking anxiousness. Paxton, meanwhile, is tired of being looked down on as an ex-con and wants out of his regular truck driver gig, where his God-bothering boss, played by Ben Kingsley, barks sermons at him daily.

The couple continually bicker and spar over their respective work situations, especially when Paxton finds out that Linda never told her bosses she was married. Tensions reach boiling point when Linda expresses a desire to return to her thrill-seeking ways, back when Paxton was a biker – another of the many plot developments that plays terribly because she’s throwing the burden of her social malaise on her Black husband. So, she suggests they attempt to pull off a daring diamond heist as a symbolic means of saving their relationship.

A story about suburban ennui, relationship repair and cabin fever by way of quarantine could have had comedic and dramatic potential had it not been for the obvious social biases at its core. Watching an affluent white businesswoman deal with the ‘hardships’ of furloughing her staff and climbing the corporate ladder is a tone-deaf reading of what actual people are going through.

Why not examine the lives of the people on the other side of that call, the ones who lost their jobs and who might actually benefit from a $3m diamond falling into their possession? Instead, those people are used as a cheap comedic ploy by way of Ben Stiller (playing Linda’s boss) congratulating Linda for her mass firing via a Zoom call. There’s even a pathetic attempt to thank first responders in the end credits, as if the film has anything to do with them.

If the other quarantine films due to come out are anything like this (cf Malcolm & Marie) then Hollywood will be showing complete contempt for the people who watch these movies. Such films should be maligned just as much as that awful ‘Imagine’ cover video which surfaced on Instagram a few weeks into the first lockdown. The people who spend what money they do have on the array of subscription services on offer do not deserve to be insulted like this.

A heist movie starring Anne Hathaway – have we not learned from our mistakes?
2

A few laughs but this felt completely misguided.
2


Making a heist film about the well-off during a pandemic is absolutely ludicrous.
1

The post Locked Down appeared first on Little White Lies.

2021-01-13
Previous Post: The Walking Dead: Earth's Safest City Has Mastered The Zombie Apocalypse
Next Post: How To Get The Skyward Blade in Genshin Impact | Screen Rant