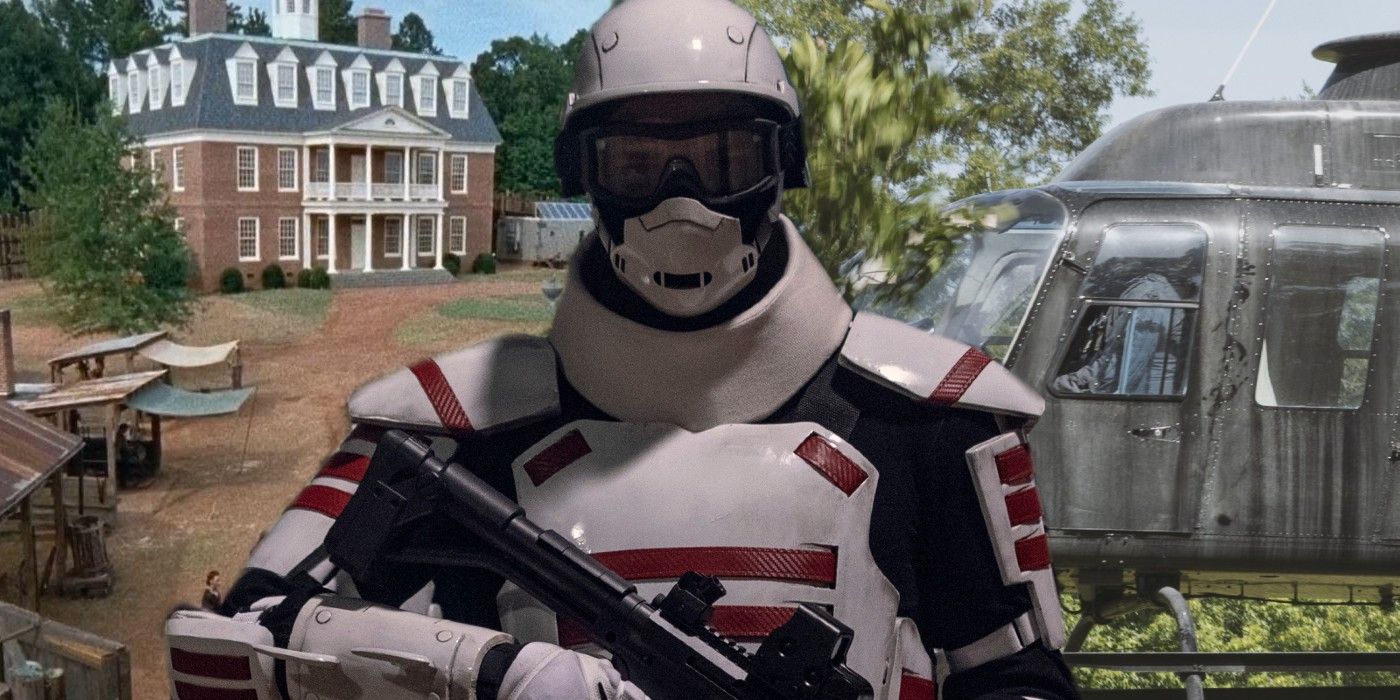 It was only a matter of time before The Walking Dead‘s Rick Grimes and his experienced group of survivors found themselves at a secure location. It just so happens that the location is run by a conceited politician and her armada of aggressive soldiers.

Introduced in issue 175 of the Eisner Award-winning comic series by Robert Kirkman and Charlie Adlard, The Commonwealth truly represents the return of civilization in the midst of the zombie apocalypse. Consisting of about 50,000 survivors, The Commonwealth is the natural progression for The Walking Dead’s main group of survivors. While the modest prison complex and Virginia’s Alexandria Safe Zone served as somewhat temporary locations for the survivors to regroup and reassess for a while, The Commonwealth is positioned to be a permanent safe haven. To protect The Commonwealth from walkers and other intruders, the community itself is littered with several armored guards known as the Commonwealth Army. The army continually monitors the grounds and travel with their leader for safety purposes. Located on the outskirts of Ohio, The Commonwealth is home to several living spaces, courthouses, bakeries, restaurants, and even an enlarged stadium housing activities such as concerts and sporting events.

Related: Walking Dead: Every Confirmed Settlement In All Shows

Leading the community of The Commonwealth is former politician Pamela Milton, who may not be nearly as battle-hardened as Rick but is just as conniving given the opportunity. Rick is a born and bred survivor who prides himself on being on the same level as everyone else in his Alexandria community, while Pamela’s pre-apocalypse status automatically constitutes her as being above the ladder. In order to prevent their community from falling into absolute chaos, Pamela must make sure that each and every member are in calibration with one another, so as to avoid unwanted conflict.

The safety of The Commonwealth does come with its own price. Fitting with Milton’s pretentious attitude, The Commonwealth is largely built upon a class system wherein people are sorted into select social classes (higher or lower class) and are rewarded with the suitable benefits. Pamela’s entire belief system is centered on sustaining the pre-established method of work and receive. But for Rick this method of surviving went away with a bulk of the human race. The opposition of values immediately put the two respectable leaders at odds. Though Pamela’s moniker of Governor may hit a little too close to home for Rick’s group, she is a much more level-headed leader.

Living under Milton’s leadership are Pamela’s right-hand man Maxwell Hawkins, The Commonwealth Army’s leader Mercer, community record keeper Lance Hornsby, and thousands of other soldiers and workers who keep the well-oiled ship of the Commonwealth running. One of the numerous survivors Rick and his group encounter in the Commonwealth community is Elodie Hawthorne, the long lost daughter of Rick’s katana-wielding confidante Michonne. Michonne’s reunion with her daughter immediately sees her acclimate to the community and recommit to her pre-apocalypse occupation as a lawyer.

Though Rick’s visit to the Commonwealth ultimately ends up being his demise, in the end, the former sheriff’s group of survivors would likely have been forced to tread on a never-ending cycle of scouring out in the open for food and supplies for the remainder of their days, had they not stumbled upon the walls of the Ohio safe hold. The Commonwealth presented the survivors of The Walking Dead an ample opportunity to rest.

Next: The Walking Dead: Who Really Survives In The End