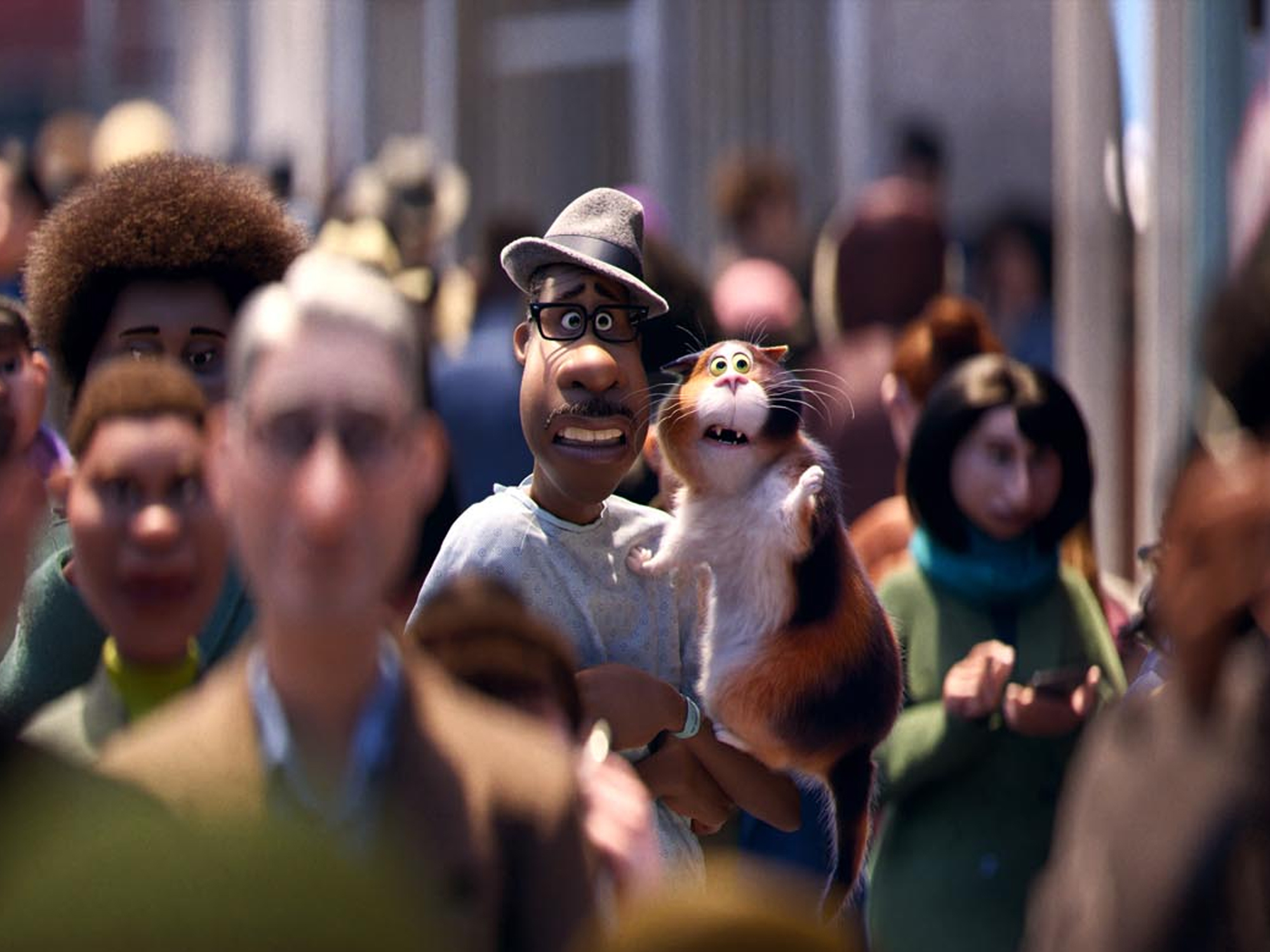 Lately it’s felt a little like Pixar have been phoning it in. Their last release Onward, (approximately 20 years ago, in March of this year) was an underwhelming elven adventure starring Chris Pratt and Tom Holland. Prior to that came two sequels in the form of Toy Story 4 and Incredibles 2, which didn’t quite live up to the magic of their predecessors. It’s something of a relief, then, that their latest original story is their best work since 2015’s Inside Out.

Joe Gardner (Jamie Foxx) is a middle-aged middle-school band teacher in New York City, who’s been beaten down by life repeatedly despite his talent and passion for jazz music. When he’s finally offered a gig with legendary saxophonist Dorothea Williams (Angela Bassett) he won’t let anything stand in his way – not even death.

After an unfortunate accident involving an open manhole cover, he’s transported to The Great Before, where souls are assigned personalities before being sent to earth to become people. In his attempts to get back to earth and his chance at stardom, he’s partnered with 22 (Tina Fey) an apathetic soul who doesn’t want to become human.
If Coco dealt with The Great Beyond and letting go, Soul is about grabbing what you’ve got with both hands and celebrating the joy of being alive. Whether it’s playing the piano, eating a slice of pepperoni pizza or just watching the wind blow through the trees, there’s so much admiration for the very act of being in the film – which perhaps hits even harder given the uncertainty which occupies every waking minute of our present day.

Despite the wacky body-swap plot involving a chubby cat called Mr Mittens, Soul also feels more consciously geared towards an older audience, which makes sense considering most of the children who grew up with Pixar’s earliest films are now in their thirties and forties. It’s difficult to say how much mileage kids will get out of the storyline, but the cute critters and shimmery teal design of the Great Before are child-friendly enough to make death seem not entirely harrowing.

New York has never looked as pretty as it does in the Pixar universe, and the score – composed by Trent Reznor and Atticus Ross with jazz arrangements by Jon Batiste – beautifully combines the ethereal and the experimental with enough enthusiasm to convert even the most hardened jazz sceptics. Meanwhile Jamie Foxx shines as Joe; his voice work is expressive and memorable, and he makes for a perfect foil to comedy legend Tina Fey. Even so, it’s disappointing that in Pixar’s first film with a Black lead, he spends a fair amount of time as either a blue blob or a cat.

One hopes Pixar are able to tell Black stories without resorting to gimmicks in the future, and that their investment in new storytelling talent continues; drafting in the supremely gifted playwright Kemp Powers as co-director and co-writer has resulted in a story that feels fresh and funny while retaining that unique Pixar spark. And as with all their best films, this one has a fundamentally valuable message: for everyone who’s ever felt they weren’t good enough, move towards accepting that life isn’t something you can figure out on the first try.

Pixar have been hit and miss for a while.
3


A much-needed dose of Pixar magic for these turbulent times.
4

2020-12-25
Previous Post: Hades Yule Log Video Is A Relaxing Tribute To One Of 2020’s Best Games
Next Post: How Marvel Nearly Ruined Spider-Man In One Single Moment