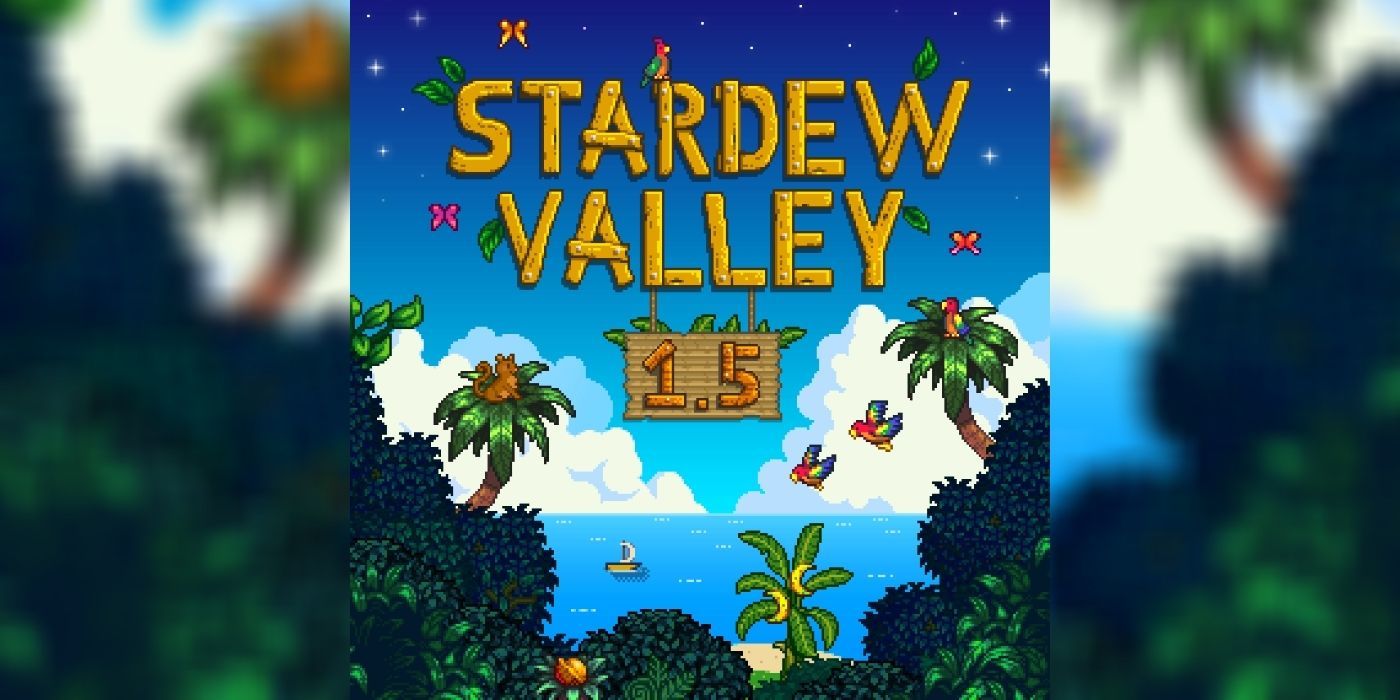 At long last, the 1.5 update for the popular indie 2016 title Stardew Valley has been released. This is the largest update so far, containing a plethora of new content, bug fixes, and even an entire new area called Ginger Island, which is part of the Fern Islands.

The sole creator of Stardew Valley, Eric Barone (A.K.A. ConcernedApe), has been diligently keeping fans updated all year, teasing the new features that are finally available for PC users. As much anticipation as these sneak-peaks built up over the last few months, fans probably didn’t expect the immense level of new Stardew Valley content the 1.5 update brings. Other consoles should be receiving the update in early 2021.

Related: Stardew Valley Creator Plays A Song From The Game On Acoustic Guitar

The farming simulator is certainly a game that keeps on giving. The previous 1.4 update also added a ton of new features and fixed a variety of issues. Four years after its initial release, the game is still going strong, with so much more to look forward to. In addition to the 1.5 announcement, Stardew Valley creator ConcernedApe added more fuel to the hype by informing fans on Twitter that the game is currently 33% off on Steam right now. Here’s everything new the 1.5 update adds to Stardew Valley:

Choosing default vs randomized Community Center bundles and mine chests

Option to make Red Cabbage Seeds guaranteed to sell at least once during year one’s travelling cart visits so it’s always possible to finish Community Center in the first year.

Shops added to Dance of the Moonlight Jellies, Feast of the Winter Star, Festival of Ice, and Luau

Unlocks access to The Summit with a new event

Related: What Stardew Valley’s Best Mods Are (& What They Add To The Game)

5 fish tanks for putting fish in

Social tab shows if player talked to an NPC that day

Inventory menu for a chest shows the Community Center button

When entering farm buildings, a notification will show if an incubator is ready but the building’s at max capacity

When holding a purchase, the inventory highlights items that can be stacked with it

can scale the UI independently of the view zoom

Clicking an item grabs one instead of entire stack

Jukebox has a “Random” setting

Related: Stardew Valley: How To Add Pokémon To Your Farm (Pokédew Valley Mod)

Stumps, hollow logs, and monsters in the Secret Woods have a 10% chance of dropping Mahogany Seed

Skeletons have a 4% chance of dropping a Bone Sword

When buying/betting tokens at the Stardew Valley Festival with a controller, holding the number selection button increases the amount faster

Next: Cooking In Video Games: Should You Need To Know The Recipe First?